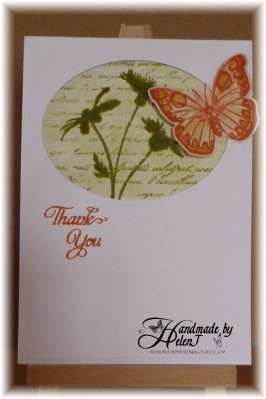 A few challenges have caught my eye this week. The first is at Stamping Sensations where the inspiration is a picture of poppies. The second is a colour challenge at Less is More, the colours being dark green & rust, and the third is at CAS-ology where the cue is silhouettes. I immediately decided against rust-coloured poppies as they would look like they should be thrown on the compost heap!

Instead I settled on silhouette-stamped poppies with a brayered & script-stamped background on the base card, behind an aperture cut from a piece of card popped up on dimensional glue. The greeting & butterfly were stamped in rust-coloured ink. 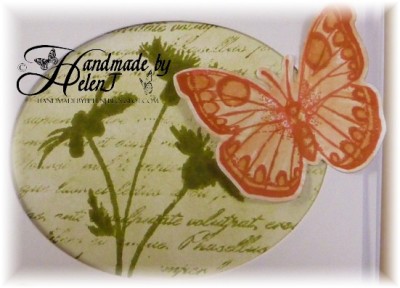 8 thoughts on “Butterfly Thanks”

This site uses Akismet to reduce spam. Learn how your comment data is processed.